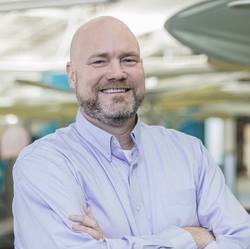 A few weeks ago, I spent a Sunday morning attending my first wrestling tournament. After talking it through with my two oldest sons, we decided wrestling would be a fun sport for them to participate in at this age. After showing up early to help with check-in (it was our wrestling club’s tournament), I got “volunteered” by the team’s coach to act as the public address announcer for the day. I had a great time!

Between bouts of butt-cheek-numbness (Pro tip: remember to bring a bleacher seat or stadium chair to a wrestling match) I was treated to a fun day of watching little men at various stages of development open up a can of whoop-ass on each other.

There were three rounds of wrestling for each wrestler, which means a full day of fun and frolic. Between bouts, I could not help but draw parallels between what I saw on the mat and what I see every day in the marketing world.

One consistent theme during the tournament was the kids who wanted it more came out on top. The kids with heart consistently beat the kids whose hearts weren’t into it. The desire to win was the key differentiator in many matches.

How bad do you want to win in your marketing efforts? What lengths are you willing to go to in order to win? Is your heart in it?

Many kids in that gym are natural born athletes. I’ve seen them perform in other sports and outshine their competition. This (wrestling) was different. Kids who wanted to win and/or who came into the match better prepared consistently outperformed the natural athletes.

How prepared are you? Have you done everything you can to learn new tactics? No matter your channel or marketing discipline, preparation and staying on the cutting edge is critical to success. What have you learned lately?

3. Wrestling isn’t sexy. Neither is marketing.

Heart does not show up in a pretty package. Kids that “looked” the part were not necessarily the best prepared to kick butt and take names.

We have a tendency as a community of marketers to move onto the next sexy thing. But those things are more often than not a distraction from executing on tactics and channels we already know work. I’m not suggesting your ignore those new shiny things completely – just be realistic about them. Does your business REALLY need a mobile strategy or a QR campaign? What if you spent that time focused on improving conversion on your existing web site? What if you could double the open rates on your e-mail campaigns? Resist the temptation to chase the shiny object, unless it’s a good fit for your objectives.

4. There’s more than one way to win

There was a diversity of technique deployed by the winners. I found that fascinating. Some were very strong, some had a strategy of executing takedowns and letting the other kid up (2 points for every takedown while giving away 1 point for an escape) until they won a “technical fall” a 15 point lead. Strategy was all over the board – no single strategy prevailed in the gym. As these kids mature, the good wrestlers may be able to morph their strategy to their opponents.

5. Take your lumps and learn something from them

Watching some of these kids pour their heart into the match only to lose was a gut-wrenching experience. The strain on their faces. The tears. Ugh. In every situation like that, the coaches came back and taught the kids something after the loss.

Make sure you take time to debrief from each campaign and review lessons learned. I subscribe to the WWW-TALA debrief method espoused by the manager tools podcast. WWW = What went well. TALA = Take a look at. Ask yourself those two questions after every campaign. What went well? What should we take a look at? Be brutally honest with yourself. It’s the only way you’ll learn from your mistakes. Then pick yourself up and move onto the next measurement cycle.

6. Perfect one move before learning another

I watched some kids win a match with little more than one move – but they knew that one move very well. I suppose even at this age you can say they “mastered” that one move – because they did it so well they were able to overwhelm their opponents with it, if the opponent did not have a way to counter it.

Before adding a new channel into your marketing mix, make sure you have mastered your existing channels first – or at least taken them as far as you can.

I hope you’ll find these tips useful. And next time you’re rewriting an e-mail subject line for the 12th or 13th time, imagine the 7 year old kid doing wall sits with sweat dripping down his back and a grimace on his face. And ask yourself before you throw in the towel and just go with headline #11 – ask yourself – “How bad do I want it?”

Sean McGinnis is SVP and Head of Marketing, E-Commerce & Customer Experience for KURU Footwear, a direct-to-consumer footwear company. Over his 20+ years of experience, Sean has accrued broad experience leading marketing and digital teams and has successfully grown startups and enterprise companies with a diverse range of business models. While Sean’s primary passion is nurturing and growing dynamic teams for the fulfillment of customer needs, his enthusiasm for marketing and all things digital is infectious.