Buzzwords: Are you killing the wrong ones – and losing your readers? In 1985, a technological visionary named Peter T. Lewis told members of Congress to anticipate a bold, new era in which devices would silently report their operational status to a monitor.

He coined a term for the futuristic system: the Internet of Things, which he abbreviated as IoT.

In 1995, a Harvard professor named Clayton Christensen detailed another type of technological tectonic shift – one that allowed small and nimble companies to topple their large, long-established competitors.

Both of them had discovered something not previously identified and had to come up with a phrase to describe it. But afterward, those phrases followed distinct linguistic paths. 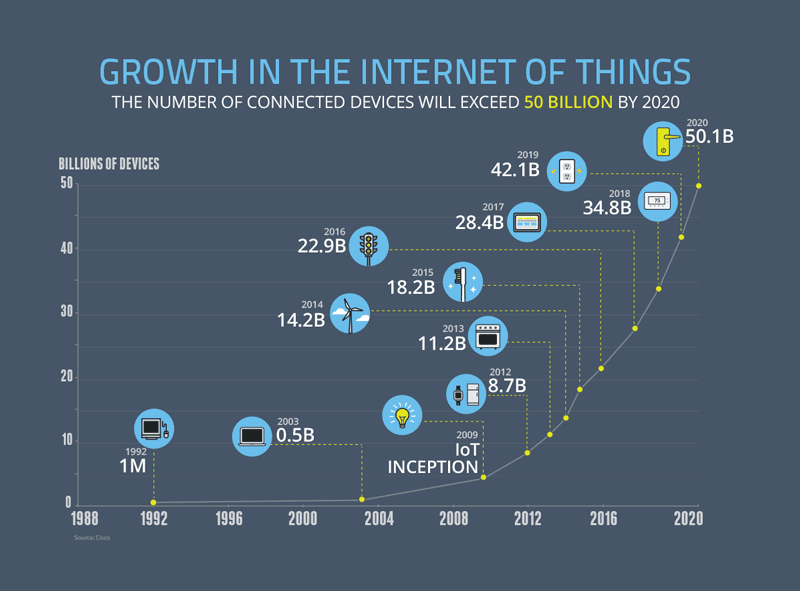 Let’s take a closer look at what makes something a term of art or a buzzword and why one gets a nod and the other gets a cold shoulder.

What’s a term of art?

A term of art is a word or phrase that has been widely accepted and employed by a profession or field, even if it is not universally understood. (Term of art itself is primarily used in the legal profession. It’s otherwise known as jargon, but that makes us hate it already, so let’s stick with term of art.)

If you’re a writer and your audience understands and frequently employs that term of art, you should, too (especially the “understands” part). It’s an efficient way of conveying specific meaning.

For example, if you’re writing about how a company can store and retrieve information, you might talk about doing so in a private cloud. You could come up with a longer description of what that is – “an internal storage system that allows remote access to an enterprise’s employees and other authorized users.” But if you’re writing for an IT audience, they already know that. 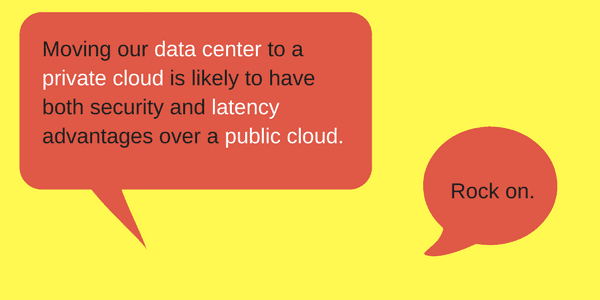 Like a term of art, a buzzword is a word or phrase that also has become widely used. But rather than maturing into a tidy summary that’s embedded in an industry’s code, a buzzword has morphed into a verbal horror that embarrasses its parents due to its misuse and abuse. In the case of disruptive innovation, its daddy said as much:

“In our experience, too many people who speak of ‘disruption’ have not read a serious book or article on the subject,” Christensen wrote in the December 2015 issue of the Harvard Business Review. “Too frequently, they use the term loosely to invoke the concept of innovation in support of whatever it is they wish to do.

As a result, managers might misapply the concept and fail in their marketing efforts, Christensen wrote.

How bad has it gotten? The CEO of the American Association of Retired Persons recently penned a book entitled, “Disrupt Aging.” Well-intentioned as it may be, that’s nutso. As much as we wish we could, we’re not about to disrupt the passage of time.

What happens to old terms of art and buzzwords?

While a term of art sticks around until it reaches the end of its technological lifespan (R.I.P., floppy disk, time-shifting, dial-up, etc.), buzzwords seem to gradually wear down until they’re in the linguistic equivalent of a last-chance used car lot.

Wait around long enough and you may still hear rolling by such high-mileage buzzwords as:

They’re essentially clichés but without the historical gravitas of such phrases as cut the mustard or champing at the bit.

How do you tell if something is a term of art or a buzzword?

I’m afraid there’s no obvious answer. It takes some investigation of your audience and the material they’re used to reading or seeing.

Some words can go either way, such as big data. It’s indeed a term of art, but it’s also been used by people who don’t really know what it means.

Also in that word purgatory:

These categories, of course, are somewhat subjective. Scan lists of what people think are buzzwords and what are valid business ideas and you’ll find widely different opinions. 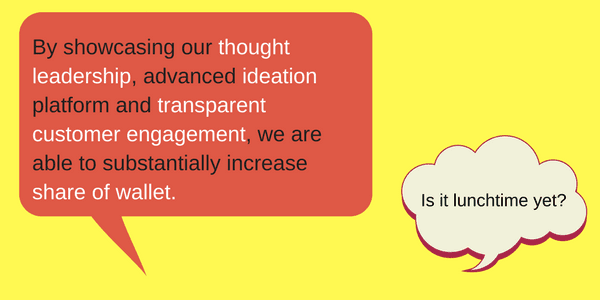 Of course, Google can’t tell you whether people who search for a word have any idea what it means. But it can give you a sense of how widely it’s being employed – and the patterns perhaps hint at whether you’re looking at a term of art or a buzzword.

Let’s go back to Internet of Things – coined in 1985. Here’s how popular it’s been since 2004, the farthest back in time that Google goes (since, you know, there was no Google before then).

Not a lot of people used the term until quite recently, but indeed it’s starting to become widely used – perhaps because the actual Internet of Things phenomenon is really here.

Now look at disruptive innovation, which was getting a fair amount of attention less than 10 years after its birth and has bounced around erratically since.

Buzzwords do us a huge favor when they act like a short-lived pop phenomenon – wildly popular for a short while, followed by a quick death. Call this the Gangnam Style buzzword: no recognition until the song’s release in 2012, a sudden spike, followed by a return to oblivion.

But once on the stage, buzzwords hate getting off. Look at how ‘think outside the box’ has behaved since achieving stardom in May 2004.

Stats can show us how much a word or phrase is being used, but not whether it should be used. Such subtleties escape algorithms, at least for now.

The key here is not to have ready-made slots for what you personally would insert into the buzzword camp and thus avoid. That can be a reflection of your own crankiness rather than reality.

Rather, it’s to know that even if you find a word or phrase supremely annoying and stupid, if your readership (uh, target audience, anyone?) treats it as part of its sacred code, you need to show similar deference.

As they used to say, at the end of the day, that’s the bottom line.

Michael Blumfield is a Twin Cities freelance copywriter and content marketer focused primarily on BtoB industries. If you want him to weigh in on whether something's a term of art or buzzword connect with him on LinkedIn, Facebook or Twitter.