An end to traditional dispute resolution?

Resolution through the legal process can often be a long and difficult road. Rather than plod through hearing after hearing, continuation after continuation, it’d be so much better if you could handle disputes between the affected parties with one impartial figure overhearing the case. Wouldn’t that be better?

New Era ADR (Alternative Dispute Resolution) wants to bring dispute resolution into the 21st century. Founded by a team with a wealth of experience in the tech sector, their goal is to shorten dispute resolution times from years and months to less than 100 days.

We wanted to ensure that New Era’s lofty goals were reflected in the site. Our designers put together a seamless site and user experience. The site is filled with smooth transition effects that showcases a clear user experience.

We also packed in a special hidden feature on the Contract Addendums page to get users to start using New Era’s tool in their agreements. Visitors can copy New Era contract provisions and add them directly into their own contracts.

This was a fun project – getting to know the New Era team and their product was a true pleasure. We’re really excited to do our part in helping dispute resolution become a shorter, less arduous process. 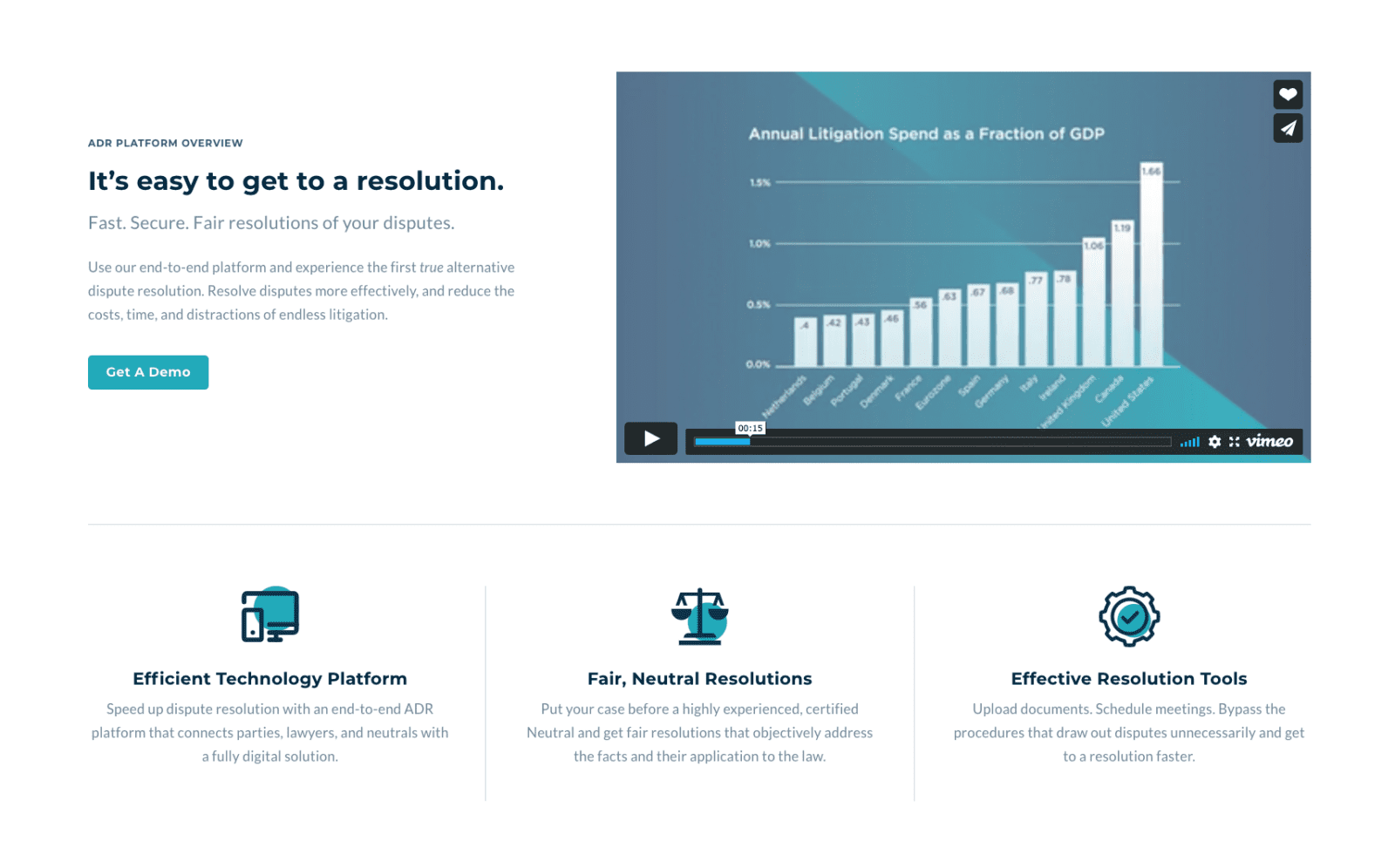