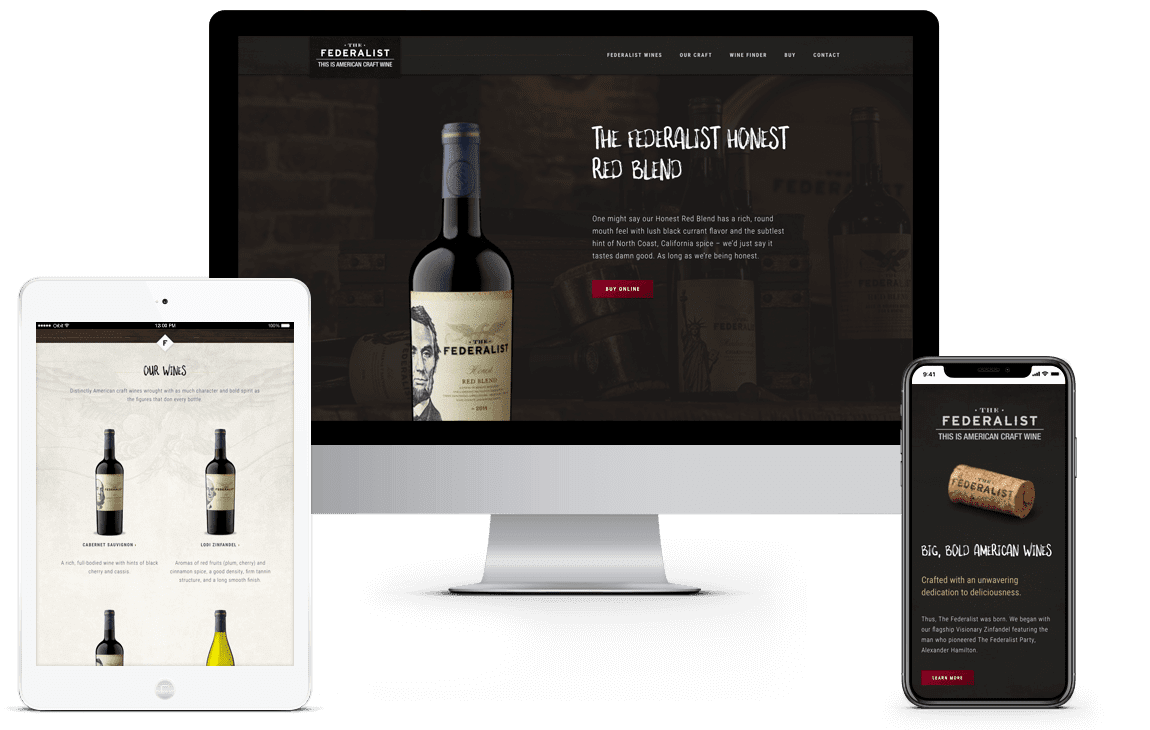 The Federalist isn’t your normal wine. It’s bold, it’s aggressive, and it is as unconforming as the founders for which it is named. It needed a site that reflected that identity, but still gave its customers the ability to find the right wine for them.

When designing their site, we offered three paths:

Visitors could learn about the individual wines, could learn about what made Federalist right for them, could find the wine in stores near them with a locator, or could go to a connected eCommerce platform if they wanted to order right away. 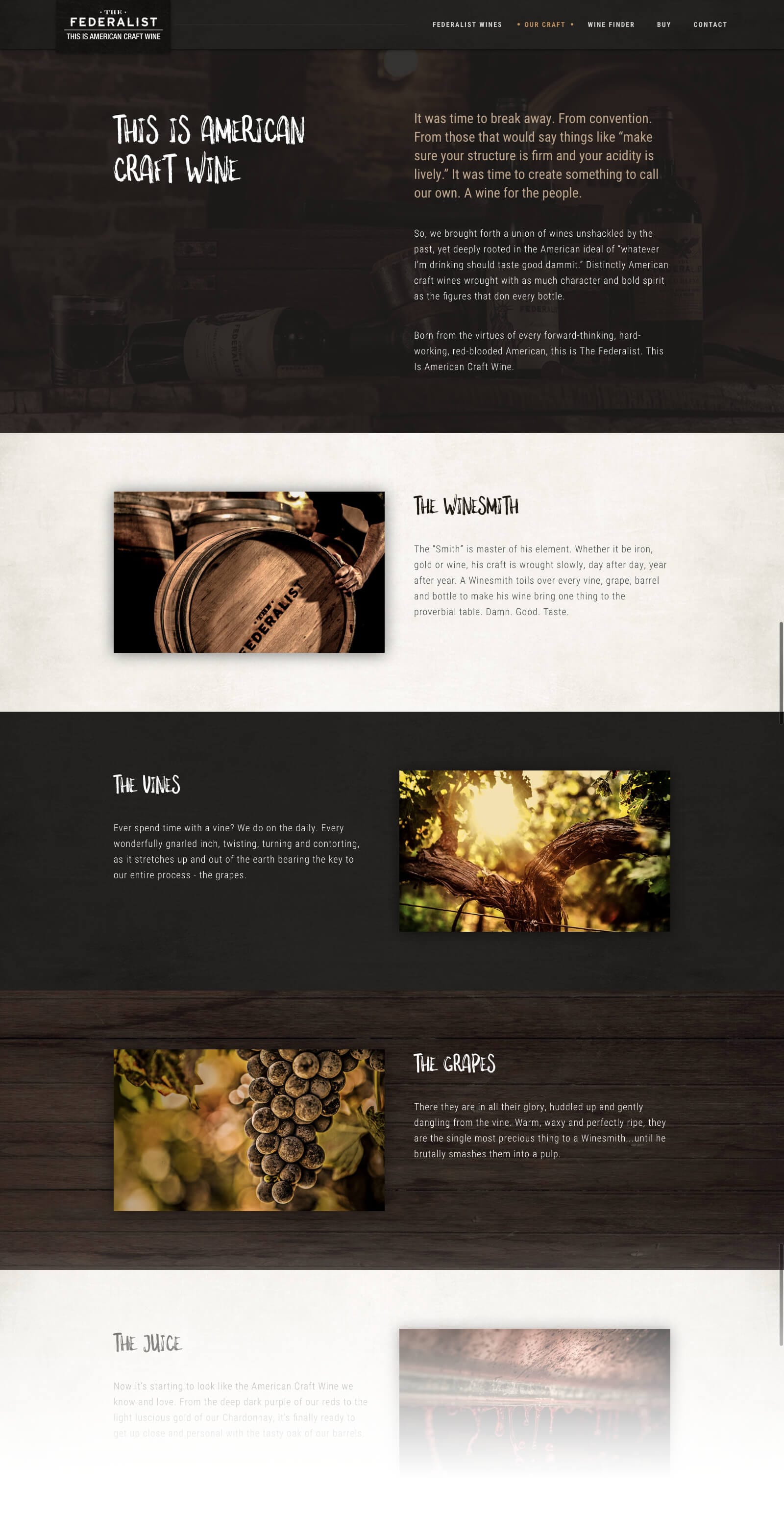 Only a Message Away 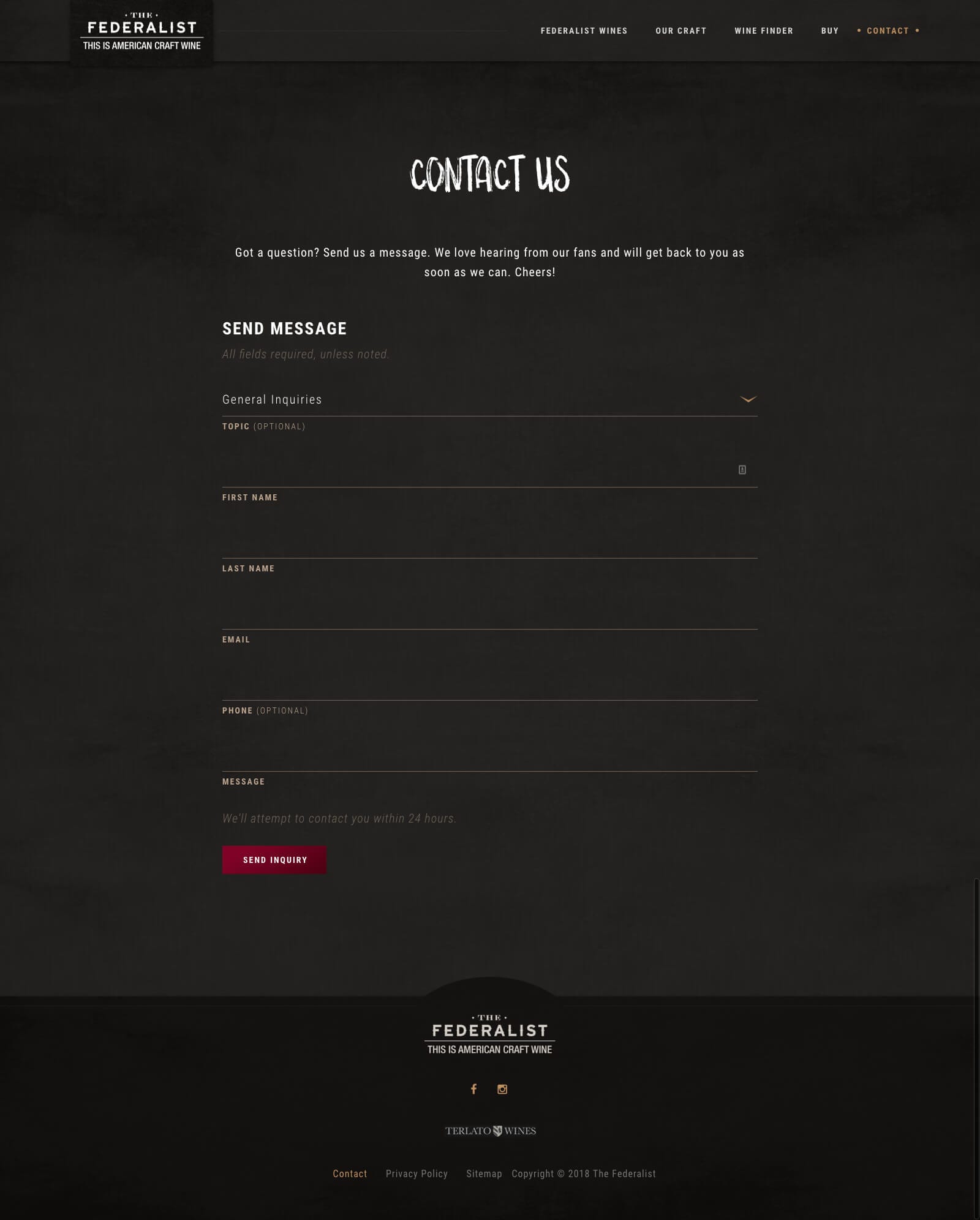 How does your site perform?