Want to be a RockStar Speaker? You Need to Know these 5 Truths. 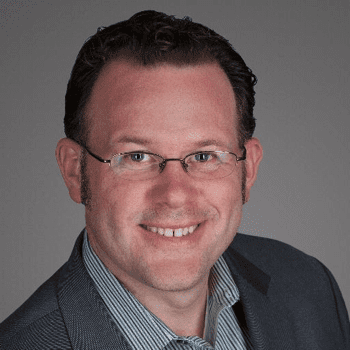 Before my career took me to the stage as a professional speaker, I spent years behind a drumkit for a ska/funk band in Chicago. What started as a college band would be a big part of my life for almost a decade, and I’m still pulling ideas and concepts out of the experience that I use to this day.

I didn’t realize it at the time, but I was learning a perspective to performing that would profoundly influence how I approached being a speaker. When people ask me for advice on how to improve their speaking, I fall back on the lessons that I picked up from my music career.

Most of what I learned by playing in a band has nothing to do with music:

#1. You have to perform like you’re in an arena, even when you aren’t.

No matter what city you live in, there are a handful of “marquee” venues. These are the amphitheaters, the converted sports venues, the big outdoor music festivals. Every musician dreams of playing those. For every big show at one of those, though, there are many more going on at the corner bars and coffeehouses. 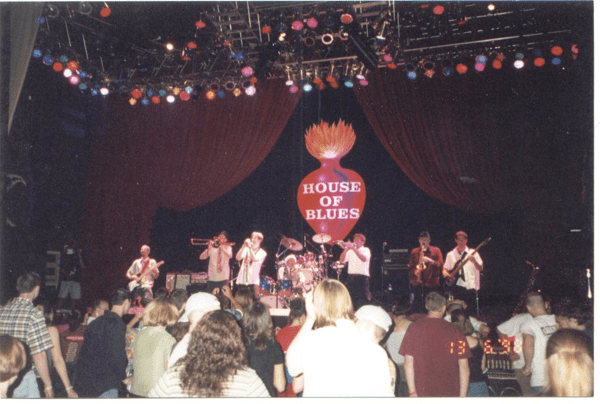 (The House of Blues was a fun gig, but not where we played most of our shows…)

Music, along with anything else works doing, requires time, effort, dedication, (and a bit of luck) for success. Unless you are the latest one-hit wonder or the Rolling Stones, you’re going to play smaller venues for most of your career. You are going to perform in front of 20 people more often than you’d think.

This can be hard to remember when most singers and performers think that a stellar performance on So You Think That You Can Be America’s Next Best Voice is the overnight ticket to fame. Keep this in mind for your speaking career. 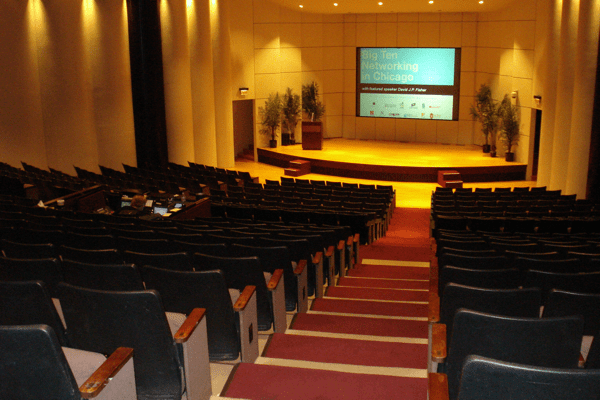 (Not every speaking gig is this nice. Sometimes you are in the conference room tucked next to the boiler room.)

It would be nice to always speak in front of Tony Robbins-sized audiences. But those are hard to come by. If you are waiting for the big venues to feel successful, you’ll probably be waiting a long time. The trick is to deliver your message with the same level of energy and intensity for your local Chamber of Commerce as you would for the audience at TED. The size of the performance determines the value of the gig, not the number of people in the audience.

#2. Groupies are great but get honest feedback from somewhere else.

One of the best parts of entertaining is that you make people feel good. People come to your shows to enjoy themselves and getting positive feedback from the audience feels great. Performing in front of an audience is one of the few jobs where people applaud you when you are done (can you imagine giving a round of applause to your accountant after she finishes your tax return?). 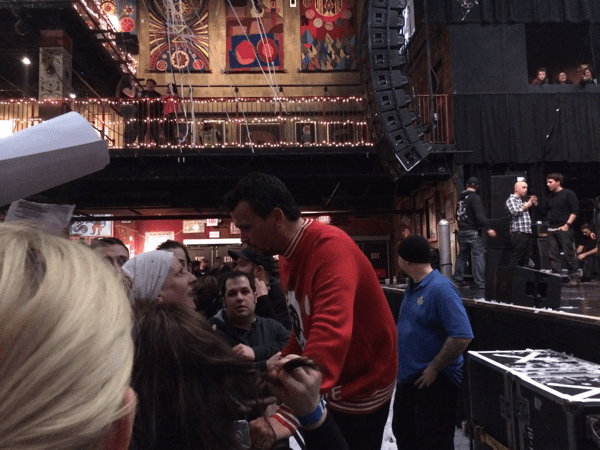 (Your biggest fans will rarely tell you when to make an adjustment.)

But that makes it hard to get accurate and nuanced feedback. Don’t rely on your fans to tell you what you can improve, find a few people that are willing to give you honest feedback. They could be friends, colleagues, or even a speaking coach.

They don’t have to rip up everything that you do, but they have to be willing to tell you what’s not working. That’s the only way you are going to improve.

Our band had a friend who did this for us. Joe had played in other groups and even helped record our albums. He knew what he was talking about when it came to music, and we could trust him to tell us when something wasn’t working. Even though he was a fan, he wanted us to sound good and was willing to provide an important feedback loop. Find someone to give you that kind of perspective on your speaking chops.

#3. Always perform for the four people that are dancing. 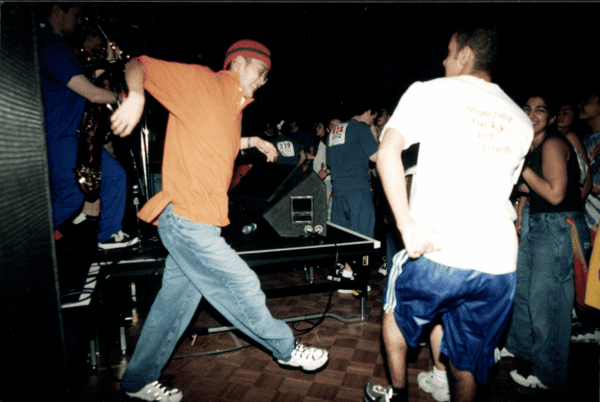 (There’s always someone in the room who is engaged…find them!)

Engaging with the audience can be tough, especially when nobody knows who you are. When you are the opening act for another band (that everyone actually came to see), or you are the band at the local bar on a Friday night, it bruises the ego a bit. It’s not fun to play background music when nobody is paying attention.

But there’s always someone to connect with. It might just be the four people that are dancing to your tunes, or the person nodding their head. The goal is to focus on the people that are into what you’re doing, not the people who aren’t paying attention.

No matter the situation, find the people that are engaged and speak to them.

#4. The show is just a small tip of the iceberg.

I loved playing live shows. It’s some of the most fun I’ve ever had. But let me tell you what goes into a 45-minute set.

Even today, a 75-minute keynote can take up to 2 days for travel and set up. That’s just the logistics of delivering the message. That doesn’t include actually preparing the message. Most public speaking coaches suggest a ratio of 10 prep hours for every 1 hour of speaking. That’s about right.

You also have to figure in creating your PowerPoint deck and any other collateral material. And don’t get me started on the marketing and sales process required for being successful on stage (whether as a speaker or musician).

Getting the applause at the end of a gig is great, but the successful bands (and speakers) are the ones who put in 100% for the whole process, not just their time on stage.

#5. Expect the unexpected and be ready to improvise.

It doesn’t matter how much rehearsal time you log, you never know what’s going to happen on show night. There are so many variables that just aren’t under your control, you can’t possibly prepare for everything that could happen. That’s what makes live music so intense, and why people shell out good money to be at the concert when they could just download the album at home. It can also drive you nutty if you aren’t flexible.

Guitar strings break (constantly), singers forget words, clubs have PA systems that go on the fritz, and sometimes your set list gets taken from 70 to 21 minutes right before you go on stage. Yes, that really happened.

But here’s the thing – the show must go on. So you find a way to make things work. You can’t let unexpected situations detour you, so be ready to jury-rig a solution (duct tape is good for this) and just keep going. 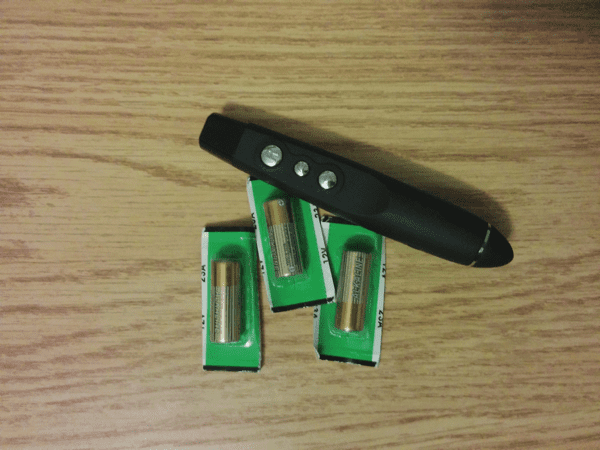 (That’s how many backup batteries I carry for my powerpoint remote.)

When you are a speaker, things will go wonky. Your slot will get moved on the agenda. The person before you will go over their time by twenty minutes. The PowerPoint clicker will die when you are about to start. There won’t be enough chairs. I could go on and on, but the goal isn’t to prepare for each of these situations. The goal is to develop a frame of mind that lets you roll with whatever happens. If it doesn’t throw you for a loop, you’ll be able to figure out a solution.

BONUS! #6. Always play for yourself.

One of the most important lessons I learned from my time on stage was that you should always play for yourself. Finding success as a professional musician is tough, and there are a lot of external situations that you just can’t control. But the one thing you can control is your approach the process.

At its heart, playing for yourself means being focused on the process so that you can create value for you and everyone else. And when you share that experience with your audience, that’s when you become a true RockStar!

Did I miss any public speaking ideas that can be culled from the stage? Are you a performer who’s taken lessons from the stage to your professional life? What have you learned from watching rockstars perform? Please share in the comments below!

David J.P. Fisher (D. Fish) is a speaker, coach, and best-selling author of the Networking in the 21st Century: Why Your Network Sucks and What to Do About It series. He is an internationally-recognized expert on online networking, personal branding, and business development. You can find him at his blog, or hosting his podcast, Beer, Beats, and Business. It’s also easy to find him on LinkedIn or Twitter.