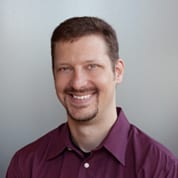 In the late 1960s the mathematician Whitfield Diffie, now a well known cryptographer, started his graduate work at Stanford. There he was introduced to the growing prominence of “time-sharing” computing, computers powerful enough to allow more than one user or task to execute at the same time. Contemplating the security implications of these new systems, Diffie and his colleagues realized that our everyday concepts of privacy and security would have to enforceable in the new digital age.

Unfortunately, in the 1980s, the developments of multitasking and computer security were pushed aside for a new vision; computers became independent and personal. They sat on a desk, not in some closed off room. They had all the required resources right there and didn’t require connecting to another system. They just got about doing one thing, in real time, with just one user.

As the personal computer evolved, features from the days of mainframes and minicomputers were introduced. Multitasking and networking made their way into our everyday lives. Soon everyone had an email address and was finding their way onto the “Information Superhighway.” Unfortunately, the vision of an independent personal computer lead us to develop some bad habits and a false sense of security.

Consider what has been mentioned in the previous two posts about data in transit and in storage:

Unfortunately, this habit of speed over security has continued. Platform and application developers still routinely shortcut security concerns in the name of performance.

This intimacy creates a false sense of security, that one is safe, among friends and trusted institutions. Yet, the wildly successful networking protocol TCP/IP, the foundation of today’s Internet, was originally developed as a research initiative. It forsake some concerns, such as security, for others, such as simplicity of implementation as research drove itself to an initial, small-scale (by today’s standards) implementation.

There are, of course, steps that system architects and developers can take to rectify this situation. But there are also steps that users of these systems, be it end users of a website or proprietor of it, can take:

Paul Weinstein is a Web Programmer Analyst at Orbit Media. You can find him on Google+ and Twitter.